View Bandcamp
Life is pain. Grief is life. Misery is existence. Death is imminent. All we have is now and now’s not much. The motivation to move forward is mysterious. We don’t know much of the stars, except the universe is vast and we are insignificant. Earth and its inhabitants have made it this far. Today is already yesterday and how we will make it to tomorrow is unknown. What will carry us through? Laughter. Humor can be the means to conquer the dread of the day. To laugh is to extend our breath, to realize existence has some kind of small potential.

To ease the pain of reality, Gentle Reminder is proud to introduce Elroy P. Zippy, a hard-working comedian. Zippy’s public joke-telling career began over breakfasts at the Roy Rogers in Frederick, Md., across the way from the Francis Scott Key Mall. This prickly traveler told jokes of all kinds, but found a strength in expletives and tales of the grotesque. Since those chicken Caesar salad days, Zippy’s comedy has grown to encompass many styles and techniques. One such skill mastered is the art of clean comedy, showcased on Zippy’s new family-friendly album. It is a record of such cleanliness we are more than confident in the truth of the title: The Cleanest Comedy Album Ever Made.

Zippy may or may not be the cleanest comic to grace the stage or the sidewalk, but this performance is as disease-free as boiling water. This set, available exclusively on cassette, is appropriate for all ages and identities. No one will be harmed—unless inflicted by a laughter-induced heart problem or choking issue, etc. Filthy talk is often derided as “cheap.” There is zero dirty language on The Cleanest Comedy Album Ever Made, but the Gentle Reminder management team has decided to market this album as “cheap.” The tape is offered at a discount price so you and/or your loved ones can enjoy this “cheap” humor at home, automobile, or library. In today’s charged, highly-opinionated world, surely some will balk at the comedy of this well-meaning tape. Please rest-assured, with this tape, Zippy’s only pursuit is to deliver The Cleanest Comedy Album Ever Made. 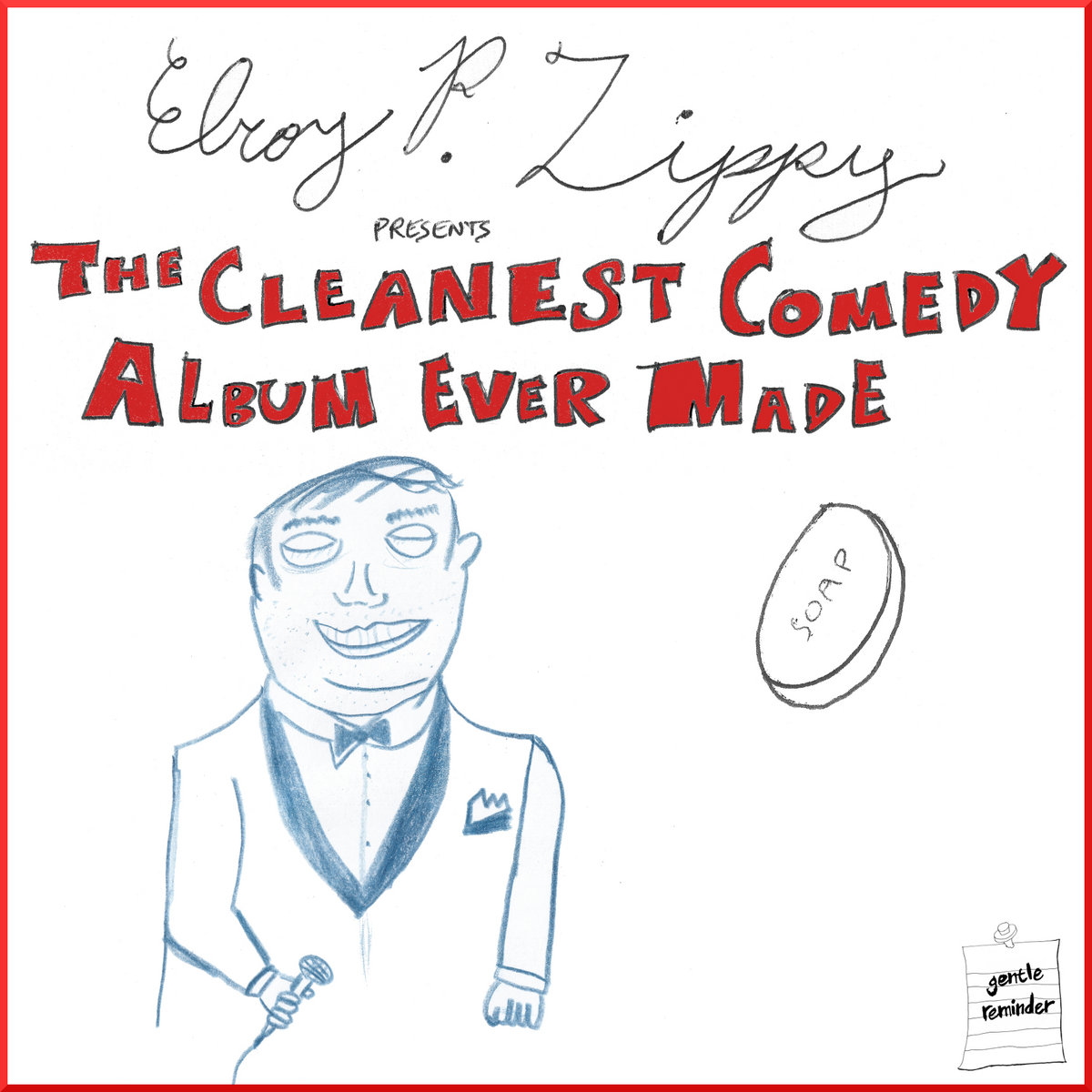